British Sportsbook Shows How Not To Regulate Legal Betting

Another day, another nugget of nonsense from across the pond. And hopefully, that’s where it stays, because as the US gears up to repeal the Professional and Amateur Sports Protection Act (PASPA, 1992), each state is likely to have overzealous, impressionable congress critters ready to put any stupid idea in the books re legal sports betting regulation, and we really don’t need them to get any ideas. Hopefully, nobody over here is fool enough to frame any gambling system after the British model. Heck, over there, UK sport betting sites, sportsbooks and casinos aren’t allowed to effectively advertise their products, for crying out loud!

And now there’s even “concern” over the practice of online sportsbooks offering sign-up promotions.

Why? Because some selfish bookmaker named Geoff Banks – a 20-year industry veteran – wants his government’s Gambling Commission to outlaw the practice. See, he offered just such a promotion as a gambit to get more users, and it worked. It worked so well that his sportsbook got over 400 signups in a single day, dwarfing his regular yield of 10 to 20 per. Because these new users were forwarded to his site by a different site that charges a fee to help folks take part in the completely legal activity of “matched betting,” this guy claims that such tactics hurt gambling. Not him. Gambling. The integrity of the game. That’s right, he’s not worried about losing a bunch of money on bad math and a stupid ad campaign that did everything but account for success, he’s worried that Johnny Aces might not have a good, “fair” time. Says Banks: “[F]or genuine punters out there, these [matched bettors] cause enormous damage.”

How thoughtful that Banks is so concerned with his fellow man!

Unfortunately, this knee-jerk reaction is exactly the wrong tack, and it’s exactly the kind of thing US lawmakers would eat up. But it overshadows the larger (and sole legitimate) issue: fraudulent betting. Now make no mistake – matched betting is not fraudulent. There is nothing keeping you or anyone else from having as many open accounts at as many different books as you like. Sign up at Bovada and BetOnline and 5Dimes and 50 other places. Just remember, those services all have TOS clauses that bar single users from having multiple accounts, and that’s where the only real problem with promotions comes in.

However, even that problem is due to the nature of the online operations and has nothing to do with regulations or laws. Online sportsbooks – particularly smaller ones like Banks’ – tend to have extremely lax identity confirmation systems in place. To solve this issue, sportsbooks themselves can simply make the process stricter. Of course, that strictness would almost certainly yield a net loss for the big books, as the volume of customers attracted by an easy sign-up process likely dwarfs the alternative, and the users engaged in matched betting – which is usually a pretty advanced method – is going to be comparatively small. It’s better to make a large sum of money and lose a couple of percent to clever multi-account bettors than it is to clamp everything down and cut your earnings in half. It’s kind of a baby and bathwater situation.

Here’s hoping the Gambling Commission tells Banks to bugger off with all that bollocks, or whatever silly-sounding insult is most appropriate. 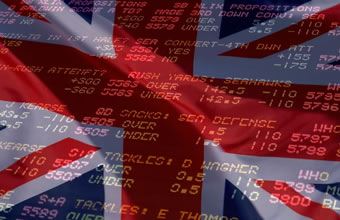