FanDuel’s Twitter account and email servers lit up those of its customers Friday morning, informing users that it would no longer offer contests effective immediately. For now, FanDuel’s stated position is that this is only temporary, and the company is saying they hope to be back in Britain “in the future,” though when exactly – if ever – that could be is anyone’s guess. Users with money still in a FanDuel account had their balances refunded to whatever card was on file most recently.

Though the announcement was probably surprising for users of UK sport betting sites, the rationale behind it shouldn’t be, at least not for those keeping close tabs on the daily fantasy sports (DFS) industry there. FanDuel, along with the world’s number-one DFS website, DraftKings, entered the UK market just about a year ago, and, frankly, they haven’t made much of an impact – and not just in terms of sluggish revenues of less than £150,000, substantially less than FanDuel’s total handle of $1.5 billion. They haven’t paid out much in a year’s time either, as FanDuel’s now defunct UK website shows right at the top of the page that “almost £1 million” had been won by British players.

That isn’t exactly a lot, considering there are 65 million people in the UK, an estimated 30 million of which have at some time or other placed a bet on sports (which is legal in the UK, unlike in much of the US) and 8.5 million are season-long fantasy sports players. The majority of bets laid on sports in the UK are for soccer, so it was also seemingly a smart move on the part of FanDuel to focus on offering contests for that one sport instead of a wider variety like DFS sites do in the States. What’s more, soccer accounts for 70 percent of all sports wagering worldwide – a global market valued at $1 trillion – legal or otherwise.

Given all those factors, it made sense that the potential market for DFS was enough to get the biggest names in the DFS business, DraftKings and FanDuel to bet on what seemed like a sure thing. However, one thing perhaps they didn’t count on was just how much competition the well-established sports gambling markets would prove to be for the fledgling American DFS platforms. Because sports gambling is widely legal in the UK, many players see more value in the bigger payouts it affords versus daily fantasy contests, plus DraftKings and FanDuel had to compete with native DFS sites like Mondogoal, PlayOn and Oulala.

Other than the unexpectedly stiff competition from other DFS operators, FanDuel had to be looking at the expensive UK gaming license fees it would have to pay to keep the site running. FanDuel also just recently announced that it wasn’t going to spend money to fight the US government over anti-trust concerns raised by a planned merger with DraftKings, so its revenues are likely stretched pretty thin at this point. Fortunately for FanDuel, NFL season is also coming up pretty soon, so it can focus on shoring up its US market during the most profitable part of the sports year, something it’ll have to do now that it will have to compete against DraftKings instead of working together.

DraftKing, for its part, has not announced any plans to quit the UK market even though its fortunes haven’t been much better than those reported by FanDuel. The biggest company in the DFS game, DraftKings is also committed to further international expansion, even stating it’ll soon be setting up shop in Germany and even Malta, of all places. 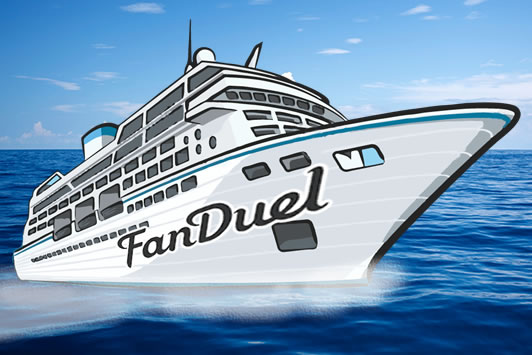