A Third of European Athletes Believe Match Fixing Is Occuring

More than 600 athletes across 13 sports were surveyed about their experience with “manipulation of results” as part of the project by the EU’s “FIX the FIXING” initiative, a project jointly funded by Greece’s University Aristotle of Thessaloniki. The research showed that 35 percent of the athletes, who participate in sports ranging from soccer to water polo and everywhere in between, believed matches were fixed, and 20 percent were directly aware of fixing within the past year. Worse still, 15 percent of athletes surveyed said they had actually been approached to fix matches, with the most common possible reasons for cheating being financial difficulties and the allure of a quick payday.

This news comes right on the heels of last week’s news that the Tennis Integrity Unit of the ESSA sports gambling integrity organization is currently investigating alerts of suspicious gambling activity at Wimbledon and the French Open. The Tennis Integrity Unit ruled out any British players from implication in the investigation, but the watchdog group is looking into three Wimbledon matches, including on main draw, and one French Open Match.

Tennis was far away the worst offender in ESSA’s most recent quarterly report, released at the start of July, just as the sport has for past nine quarters. ESSA reported 53 instances of suspected match-fixing in the first six months of 2017, with soccer coming in a distant second place with 15 matches identified as having unusual betting activity. Just a few days after that report was released, former British tennis pro and current Wimbledon board member Tim Henman expressed the All England Club’s commitment to rooting out fixing and punishing cheaters with lifetime bans from the sport. The Football Association of Ireland also announced this month that two players in that nation’s top league were facing charges connected with match-fixing and another player was looking at the same after placing bets illegally.

These developments and the relevant findings of the aforementioned research projects from the EU and ESSA demonstrate the pervasive nature of match-fixing that goes on in the European sporting community consequently damaging UK sport betting sites. FIX the FIXING coordinator Vassilis Barkoukis went a step further, telling Reuters that the research highlight the need for “immediate treatment” through what he called scientifically documented interventions.

The goal, Barkoukis said athletes need more education and training, but there also need to be more measures in place to prevent cheating – in that regard Henman’s proposed strategy might be better at solving the problem. Sweeping lifetime bans might be the only thing short of incredibly steep fines and prison time that could disincentive fixing on such a massive scale. 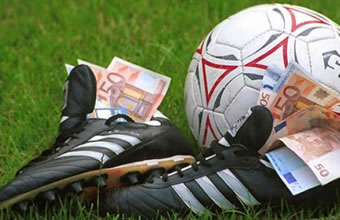